Simon Williams also has a spectator-friendly swashbuckling style, making him a good host of the high-quality DVD Play Like Tal produced by gingergm.com. Simon presents the games in an interactive style. At various points you are asked to stop and predict the move of the great man from a choice of three alternatives. Then there is detailed analysis of all the options. I liked this feature, getting the viewer involved in the action.

Arguably one of the world’s most exciting chess players of all time, Grandmaster Mikhail Tal will always be remembered as an attacking genius. The former World Champion, who was nicknamed The Magician from Riga for his tactical prowess, has inspired many a chess player with his daring and electrifying style of play.

With this in mind, Ginger GM in association with Dark Phoenix Media Ltd. has created its first interactive DVD based on this chess legend. In this DVD, Grandmaster Simon Williams presents some of Tal's most notorious games whereby the viewer will be prompted during critical moments of the game to work out Tal's next move – a first for any chess DVD! 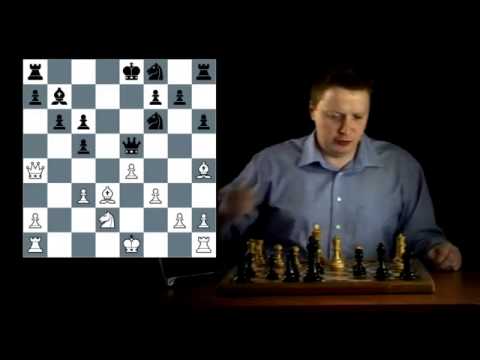 Packed full with key facts and historic photographs, the DVD is a must for any chess fan wishing to learn about one of the most inspired chess players of all time. Improve your play by following Simon's advice as he systematically explains the ideas behind Tal's choice of moves and who knows, perhaps in the future, you too could Play Like Tal?