Chess players have a tendency to focus mainly on improving their opening play but one must not forget that many games are actually decided in the endgame. Ginger GM has released two new endgame DVDs that will enhance a player's performance in this particular area of the game.

Using his wealth of knowledge and expertise, Grandmaster Nick Pert presents a series of lessons, categorised according to rating, that are designed to familiarise players with basic endgame theory. Nick also demonstrates the importance of this theory by providing real-life examples where superior endgame technique has proved to be decisive. Furthermore, puzzles have been included at the end of each chapter to test what has been learnt. 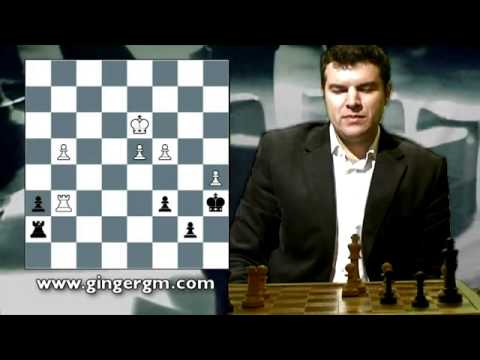 English Grandmaster Nick Pert is considered to be a leading expert in endgame theory. Fortunately for us, the former World Under 18 Champion has decided to share his knowledge of endgame play. Follow Nick as he systematically explains the secrets behind his success in the endgame!